Honestly, as of now (since gta5 hasn't been released) I'd agree with you on that. But since we're going to be playing 3 instead of just one story, it may bring up a cool new twist. Something fresh and new, but we'll have to see once it's released 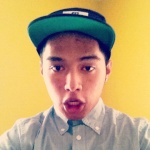